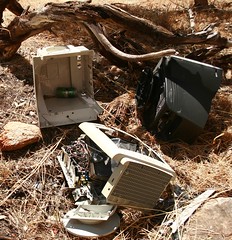 Ever wondered where computers will be for your children?

Or asked your inner child what life would be like for you if you had been born in 1989? (…because real IT-nerds were teenagers in 1989) I’ve always wondered where life would have taken me if I’d been born only twenty years ago – rather than almost forty years ago.

Technology has improved vastly over the past forty years.

It’s reached the point where when you buy a computer today – it’s probably obsolete tomorrow. Before you walk out the door there is a newer version on the market, an upgrade and update to your security system, and in some cases the vendor no longer supports the operating system.

After watching Futurama a few nights back, I asked myself “What if I was cryogenically frozen for a thousand years then awoken to find family, friends and everyone I loved and hated was dead?“. Ok, so maybe the thought wasn’t as thought out – but you can bet it was almost exactly those words! 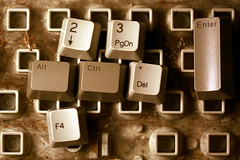 So I got thinking about the most important thinking: Computers.

And how far they have advanced my life-time thus far – and how much they will develop over the next twenty years.

According to Decan Butler’s story over on nature.com, there will be billions of tiny computers – called ‘motes’, ‘nodes’ and ‘pods’.

Woh… can anyone spell ‘ipods’? I’m betting there are trillions of them! But I ask: Would ‘motes’ be what trans-Tasman Aussies call their sheep after a night of spiked prom-punch?

Declan also says that those computers will

“take the form of networks of sensors with data-processing and transmission facilities built in“.

“would be embedded into the fabric of the real world. They would act in concert, sharing the data that each of them gathers so as to process them into meaningful digital representations of the world.“

A world whereby every human is inter-connected via neural-nodes, sharing knowledge simultaneously and where learning is attained via thought-processes rather than class-room based training. OK, so it sounds like a cube-load of Borgs! I am guessing that what’s Gene Rodenberry imagined when he smoked that weed thirty years ago!

Still, it would be a great step for a mankind if it were able to acquire knowledge through our genes. As in, when a child is born it carries all the knowledge its first-level parents acquired over their lifetime. The only downside to this method is that would take another four hundred years to breed out all the trailer-trash and Britney Spears fanatics.

The idea of having virtual-knowledge available at our finger-tips is closer to reality than anyone realizes. Through that article it is purported that the University of Washington in Seattle has detected that the availability of real-time data from the physical world to the internet is happening as we speak/type, and that at anytime anywhere on the planet anyone can obtain information – whatever it might be. 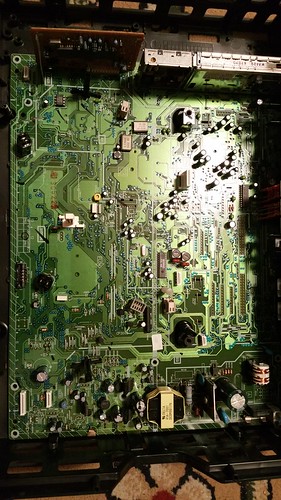 Remember the Twin-Tower incident in 2001?

Only minutes after the first tower fell, the falling of the second tower was being watched on the internet as it happened. In more recent years, information has become available with limited time-lag or waiting for the sound to catch-up: We have watched international warfare happen as the incendiary bombs were falling on middle-eastern cities, NASA was able to watch their mini-SUV’s move across the Mars landscape as they maneuvered them from within their Florida bunkers and we all watched Nick dump Jessica without either of them missing a “photopportunity“.

Declan has declared some amazing probabilities that appeal to my idea of the post-2000 world.

We already have five computers that have taken precedence in our household. SWMBO and I have a laptop each. A main computer is attached to the modem purely for aesthetic purposes – it’s rarely used! There is a 486-paper-weight somewhere in the shed. Oh, and there are to P2’s making the office live up to its purpose (other than where SWMBO is putting together last years Birthday present: A 6,000 jigsaw puzzle!). Plus the computer chip in the television, camera, mobile telephones, and under the bonnet of the car. Then there is the ionised strip in all the cards in my wallet. And the rice-sized GPS-chip in the cat’s necks.

Oh wow. And I had “fission chips” for dinner.

The future isn’t tomorrow or next year.

The computer age is here already. Someone get me the source for these chips, I gotta drown them before they find my stomach!