As most of the world knows by now, Adelaide endured its worst wind storms in 70 years. The power went out for the whole state late afternoon on Wednesday 28th September 2016. Many families were driven to talking to each other rather than their phones as the power slowly dwindled. Thankfully the power came back on, for most, around 7.30pm that night, so were able to recharge their left hands, oops, I mean their smartphones.

The next morning it was discovered that 12-22 transmission towers were violently pushed over by the tornado-strong winds across the state.

So I have taken a bit of time this morning to find some alternatives – both above and below ground – to remedy this issue:

Before we get started, I must admit that I found a site dedicated to the design of better pylons . That has to be a good thing, right? Well, almost. In this day and age, electrical can be buried under ground with minimal impact – because the government can repo’ the section of land, or else only enable shallow tilling and minimal impact. But that would make sense, so you don’t see much of that happening. OK, that was just my opinion. Here are the options: 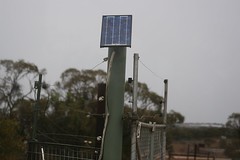 1. German site RheinEnergie have a picture of a DNA-looking pylon. This looks a tad too fancy for South Australia. But their website looks awesome!

2. The SternMast , also from Germany, is a winner of a European award. It reminds of the massive white windmills we have, so this design could fit into the already steel-column-cluttered environment.

3. This power-transmission looks like a Dubai-sail blowing across the canola-filled fields. It is an awesome design, yet again I feel our government would not see how this would improve the appearance of our country side plus giving tourism a massive boost. If giant architectural anomolies can work in the Middle East, surely we can emulate the same ostentatious style in Australia! 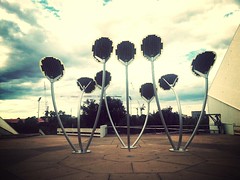 4. By the M5 motorway in Újhartyán, Hungary is a clown-shaped power pole installed by the Hungarian electricity company MAVIR. Because nothing is scarier than clowns carrying thousands of volts of electricity. Yet it is clowns who think power poles should be flimsy enough to be blown over in 120klmph winds!

5, 6, 7, 8. I could have put more options here, but they would detract from the point here. I could easily have mentioned Colossus in Buenos Aires, Argentina , Australian Pole Specifications , increased power outages , and god forbid I mentioned someone has down a power-line failure analysis. Oh and the Tesla Power Wall.

9. Of course we could actually get rid of power transmission towers and go with WIND FARMS! Personally it makes much better sense. They could be sized according to the suburb location (hills or plains) and demographic choices (some people think they are eye-sores), but in actual fact they are the simplest way to power an entire metropolitan area with only a few of them.

Extract from quote on CleanEnergyCouncil.org.au :
Australia had 1866 wind turbines spread across 71 wind farms at the end of 2014. Three wind farms with a combined power generation capacity of 566.7 megawatts (MW) were completed in 2014.

10. Last is my absolute favorite: Off the Grid Solar Power . Because when all else fails, be prepared. This time next year, that’s what we will have! 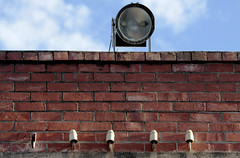 Extra: Turns out Japan is considering removing ALL overhead power-lines in preparation for the 2020 Olympic games . That is smart. Really smart. Why doesn’t Australia do the same thing for when Japanese tourists visit our country and ask “Why you still do this?”

That’s enough. Point made. I hope.