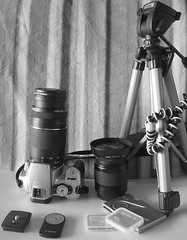 I had stuffed a lot of gear into my many camera bags before my family relocated to Kangaroo Island just a few months ago.

Today I finally went through it all – and found a lot of accessories, cables, and a multitude of seemingly important yet almost unnecessary cra.. stuff, some of which has been missing for months!

I now totally understand why Casey Neistat keeps all his gear systematically organised and on display. It actually makes a lot of sense.

Because among all my stuff I found the following items:

Plus the one thing I had actually been looking for the entire time: 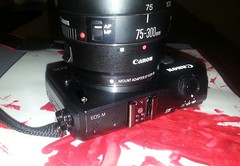 With the RØDE N3594 microphone (also temporarily misplaced in the big to Kangaroo Island) firmly attached onto my Canon EOSMi, I now have rig that keeps everything much more secure and easy to handle – and easy to edit with minimal to nil wind across the microphone. #HighFive!

Yes, this whole article was basically about the hell of dealing with wind-noise whilst vlogging – and how I remedied it! Here is my amended updated vlogging-rig!

Casey, your office is cluttered, but most of it makes perfect sense to me!