About two weeks ago my emotions ran wild and nearly overtook my normal crazy creative state of mind. How on earth could such a thing happen? Well, I allowed myself to express my emotions through my photography, and it was quite vivid! 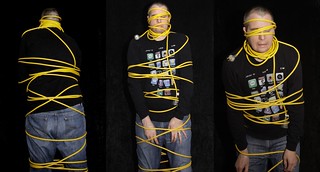 Yes, that is my head with string wrapped around it like a roast meat. It is experimental photography, based purely on an idea I had seen elsewhere, and probably a boring afternoon where I wanted to try something completely different. I don’t recall the exact day, but I can say this: It was not a state of mind, not anger or frustration.

But on the day that I published as my Facebook profile pic, a lot of people didn’t realise I had done so after both my wife and I had gone some fairly traumatic events with our baby boy. It is an image of a moment in time, in place of  poetry or prose, to explain the place in which my head ‘was at‘ at that time – because words were failing me.

I uploaded it to Facebook, made it my profile picture , then put a note on it saying something like “Wow, head spinning, sad moment, hard to deal with, getting me down, this is how I feel”. Which wasn’t a lie, but it seems my friends took my feelings a little too far. Not that I am complaining, I’m #justsaying.

My friends actually did the right thing: They were compassionate, empathic, considerate, kind, and asked what was going on. I cannot recall if I explained to my Facebook friends about the situation that compelled me to use this picture, yet enough of them got a general gist of, again, what my wife and I had gone through only days earlier.

Yet it was the words of just one of my many online and offline friend that actually ‘kicked me firmly in the nuts’ and convinced me to get my head into a ‘better space’.

Stephen, for Jai’s sake, put on a happy face, get it together man! 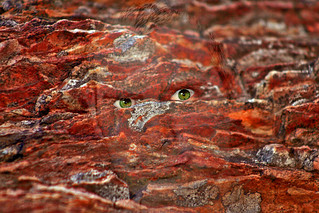 OK, That’s not the exact words, but that is the way I remember it! Soon after I’d deleted the picture from my Facebook gallery, so neither the image nor the responses are immortalised into Facebook history. Not that anyone was harsh, but I decided to delete that moment in time. Some moments are best learned from, then we move forwards.

I composed, recomposed, refocused, found my direction and returned to the path I wanted to be on:  Making photography work for me, not me for it.

Whilst without history we have no path, without release and expression of our vulnerability, we so easily forget why we continue to exist.

Postscript:  Names have been suppressed as I have not asked if they are OK with being published in this article. If they should read this and like to me, I will then amend accordingly.