Written for linkage to my graphic art page on my website. 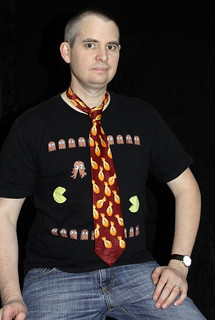 I first started producing really simple graphics early in my internet days, around 1998.

It was quite by accident, yet I have always been the creative type. It turned out to be a good idea because at that time I had a fairly boring day-job, so being able to be creative in the evenings made up for the monotony. [I left that job in 2012, so I can say that now.]

The night 9/11 happened, I downloaded a freebie GIF-maker and made a dozen images that basically said how I was thinking about that whole event. [The images have since dissappeared into the archives].

Shortly after I discovered GIMP [“a freely distributed program for such tasks as photo retouching, image composition”], bought a bible-width reference book – and haven’t stopped creating or editing images.

With some amazing scripts (eg: saving all layers individually), I taught myself basic graphic-design – and now produce awesome tshirt designs AND manipulate my photographs similar to photoshop.

Wait, what did I say? Use GIMP instead of Photoshop:
Yep, For about eight years now I have been using GIMP for manipulating my photographs. Yeah, not many people realise that. Whilst everyone was raving about Photoshop, I kept learning GIMP. And I freely admit I still don’t know half of what is capable of doing. But it did teach me how to be creative.

Because producing parts of a graphic often meant asking yourself [Q1] “With the little I know, how can it be done?” For one example, I taught myself how to create (often B-grade) shadows for trees that had been manipulated from another photo and stuck into the current photo. Yeah, (hangs head in shame), I do that. But you wouldn’t spot it, and I am not going to show you where. (Smiles gleefully). 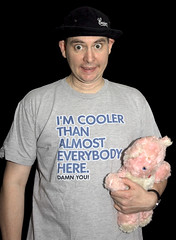 Then in 2012 my tshirt sales started making some series G’s … per annum. Not a lot, but it got me thinking … and I decided [Q2] diversity was the key to success. I now have two Redbubble accounts – stephentrepreneur is photography, ezcreative is tshirts – and I market them like crazy.

Gotta be honest, [Q3] marketing is the key to success in any game, and particulary online. It doesn’t mean whoring your wares: It means seriously spruiking via social media to your full advantage. It works. Twitter, Facebook, Instagram, Pinterest, I am there, showing off my skills.

In 2015, sales started ramping up. The monthly balances were not going to make me a millionaire, but my creative side was impressing my corporate side no end.

It is now 2016 and I am trying new ideas. A series of about 30 graphics are in production as we speak; They are based on observation of what sells most in my creative collection. [Q4] Never let your best work stand alone, use the experience to your advantage.

These days I spend a few hours each night drawing my ‘brain-farts’ onto paper, selecting the best, then determining how I can create them with GIMP. It isn’t easy, I don’t deny it, but it is fun.

Someone said I should do tutorials, but I now have two beautiful children who need more Daddy time, so I won’t be spending much more computer time than is neccessary. But that doesn’t mean I won’t ever do a tute.

That says enough, I am quite sure, but I plan to post some related articles in the next few weeks.

Oh, you’re probably asking what is with all the [Q]’s in this post? I have discovered that I really can write some seriously awesome quotes. So I have marked them for reference. I may add id-links soon so they can be tweeted. Noice.

Anyhow, nothing else to say other – except: Check out my tshirt collection here and here – and buy a cup, mug, tshirt, doona cover, and/or phone cover. Buy one of each! All purchases help to fund our next big project.